This year GDC was unfortunately scheduled over the same week as the Passover Seders. Forced to spend the ritual away from our families, several of us organized the first official Games Industry Seder at Yetizen. At $80 a plate, it wasn’t cheap – but kosher wine flowed freely and over 70 people attended. It was featured in the GDC events list, and subsequently in Gamasutra.

The following was the brief statement I made welcoming the attendees – and reminding ourselves that spending Passover away on business was also a centuries-old tradition: 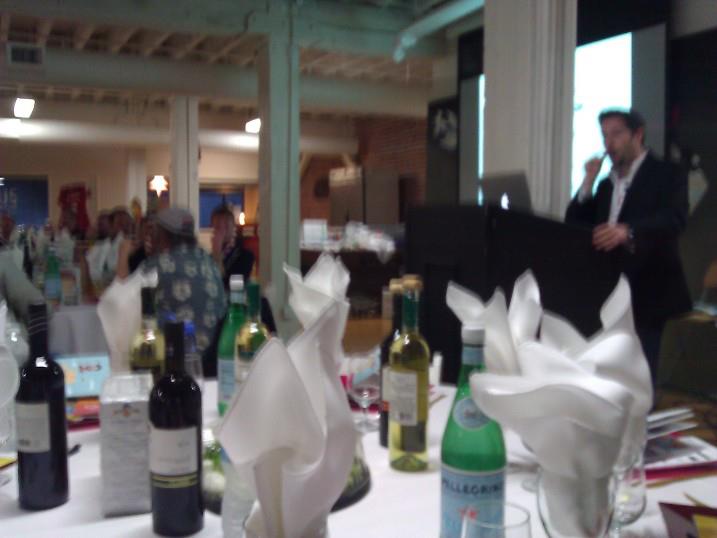 This Seder turnout has surpassed all expectations. We’ve got over 70 people here. 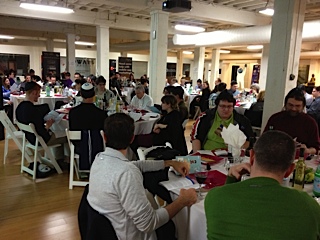 I had to renegotiate with the caterer twice.

But thanks to the generosity of our host and sponsors, we were able to make sure that all Jewish game developers “that were hungry could come and eat”.

There were some hilarious stories involved in making this Seder happen.

I’ll have you know that I received emails from not one, not two, but three Jewish mothers – Informing me that their 20-something sons were coming to GDC and asking if they could buy them a ticket to the Seder.

I’ll spare you those Jewish mother emails, but I’d like to start the Seder by reading you a letter from one Jewish wife:

My husband’s traveling drives me crazy.

He left last year with his business partner to the trade show in Cologne. He closed more deals at that show than the entire year prior.

But my husband didn’t make it home in time for the Seder and I don’t know how our family made it through the holiday without him.

One year he went to the trade show in Cologne without me even knowing. I’m looking out the door when suddenly my husband drives up, to my shock and horror.

So I know what you’re thinking – That doesn’t make sense! GamesCom is in August! Why is this Jewish woman complaining about her husband missing the Seder for the trade show in Cologne?

That’s because she wrote this 350 years ago. 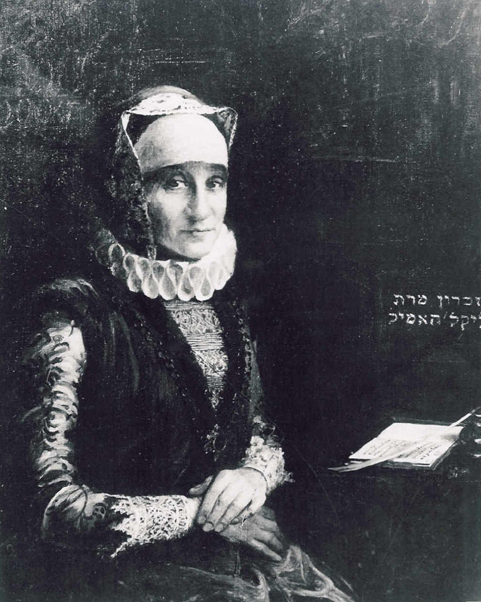 This is an excerpt from the diary of Gluckl of Hameln. An Ashkenazi Jewish woman who lived in Germany in the 1600’s.

Her husband was a businessman who traveled Europe – and like us, his business depended on the big annual trade shows in Cologne and Leipzig where all the deals got done.

For most of our time in Europe, Jews weren’t allowed to own land. We found livelihoods as traders and dealmakers – traveling far from home because that is what we needed to do to support ourselves and our families.

When I realized that this year I was going to miss my 2-year old sing ma nishtanah for the first time, I remembered back to Gluckl’s diary.

At every Seder someone makes the cheesy comment about how wonderful it is that every year Jews all over the world on the same night get together with their families and follow the same ritual we’ve followed for centuries.

But we forget that for centuries there have also been husbands and wives who have spent the Seder apart:

Our grandparents who worked and saved in America to bring their families over from the old world.

Jewish tradesmen who quickly assembled groups of their fellow Jewish businesspeople to hold Seders wherever their profession took them.

And even though we’ve got the homeland back now, and even though the story of the wandering Jew fleeing from place to place to avoid persecution is over, we still find ourselves far from home on this Passover night.

Far from home, but among friends. 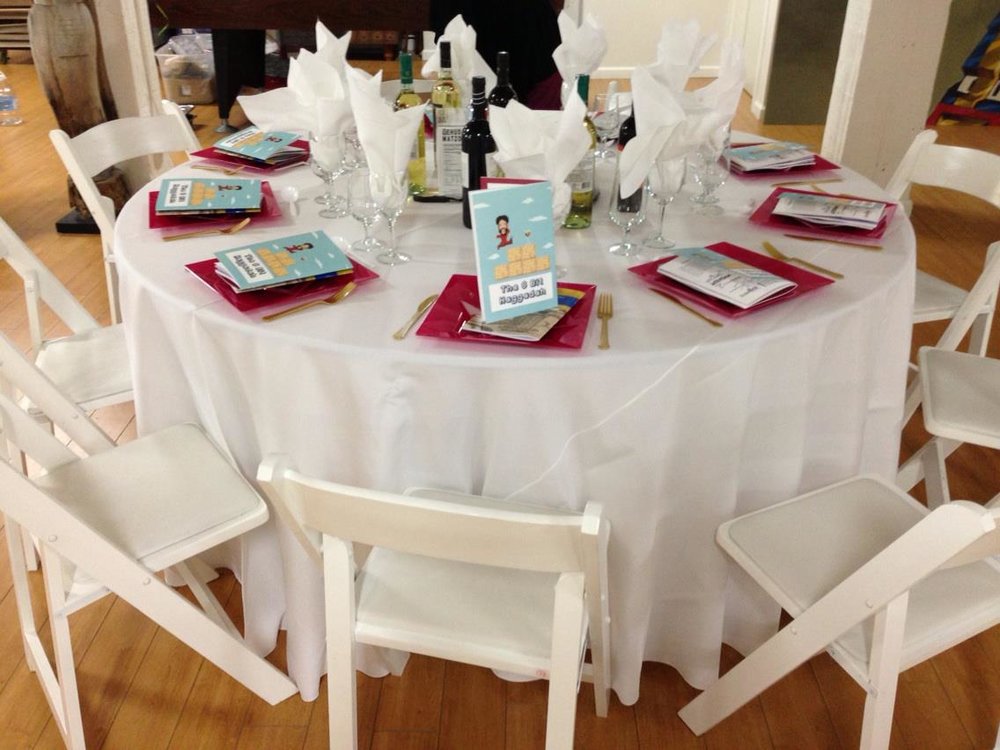 And on that note, I welcome you to the first, and hopefully the last – GDC Seder! 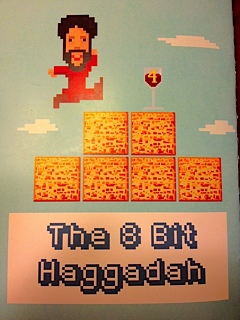 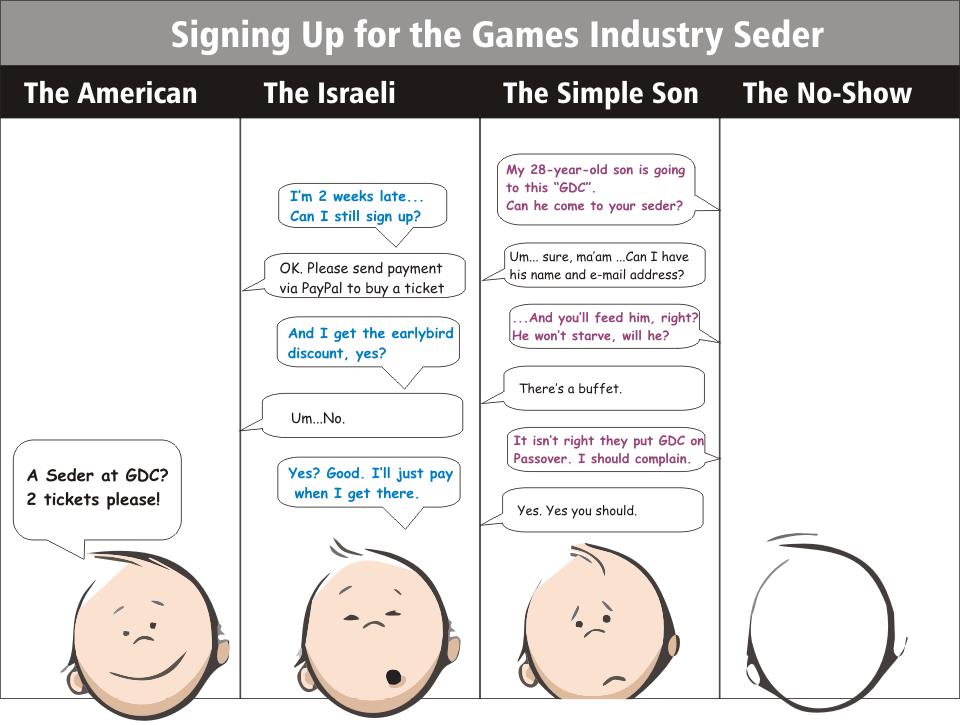