Behind the Scenes of SIGGRAPH Real-Time Live! 2019 - Sam Glassenberg

Behind the Scenes of SIGGRAPH Real-Time Live! 2019

You’re on stage demoing experimental technology live in front of 2,500 people. You have 6 minutes to prove that what you’re showcasing is the best, and you’re up against industry titans. Despite all the preparation, things could unravel at any moment—there are several devices in your demo, and you’re relying on myriad audio and video feeds, cameras, and microphones all broadcasting in real time—

And yet… this is surprisingly fun.

I’ve presented on a lot of different stages; SIGGRAPH Real-Time Live! is like none other. SIGGRAPH unveils the latest developments in visual tech, academic advancements in the field of computer graphics, along with eye-catching digital art. The intention of Real-Time Live! (RTL) is to give 10 finalists the opportunity to demo [often experimental] technology developed for video games, movies, VR, AR, and other formats.

Because so much can go wrong, the organizers demand multiple days of mandatory rehearsals. Examples of things I saw go wrong in my limited RTL experience:

In 2018, we earned third place as an audience favorite during RTL, so I was excited to see what would happen when we were selected to present again. Level Ex’s 2019 demo focused on ray marching.

What was unique about our demo was that we traced not just visible light rays, but x-rays and ultrasonic sound waves—all on mobile GPUs. Our demo was the only mobile one. We showcased fluoroscopy and Intravascular Ultrasound from our cardiology game, Cardio Ex, and viscous mucus from our pulmonology game, Pulm Ex, live, without a glitch.

Injecting radioactive dye into the heart under simulated fluoroscopy

I also really wanted to talk about how Level Ex would soon be working with NASA and TRISH on space health scenarios, but the announcement hadn’t gone live yet, so all I could do was tease it. Sigh.

Each year, the competition intensifies with higher and higher profile participants and better demos. This year’s lineup included Epic, Unity, and Digital Domain. Digital Domain? I’ve been blown away by their special effects work since I was a kid. It was an honor to share the stage with these teams.

While watching the votes tally for Which demo was your favorite?, I was humbled: we came in SECOND place! This was a feat; some teams are at a substantial advantage when their (large) companies have dozens or even hundreds of attendees already attending SIGGRAPH. (You can tell because they put their votes in for their home teams before the demos are even over.) After the event, when we walked around the bars surrounding the convention center, audience members literally called us “heroes.” I was bummed to have to fly back on a red-eye that night.

I also continued my annual tradition of bringing one of my daughters to SIGGRAPH. Jojo joined me (age 4) this year. During the RTL rehearsals, she was fascinated by what was “pretend” versus what was “real” in the Unity raytraced car demo and the Digital Domain demo. 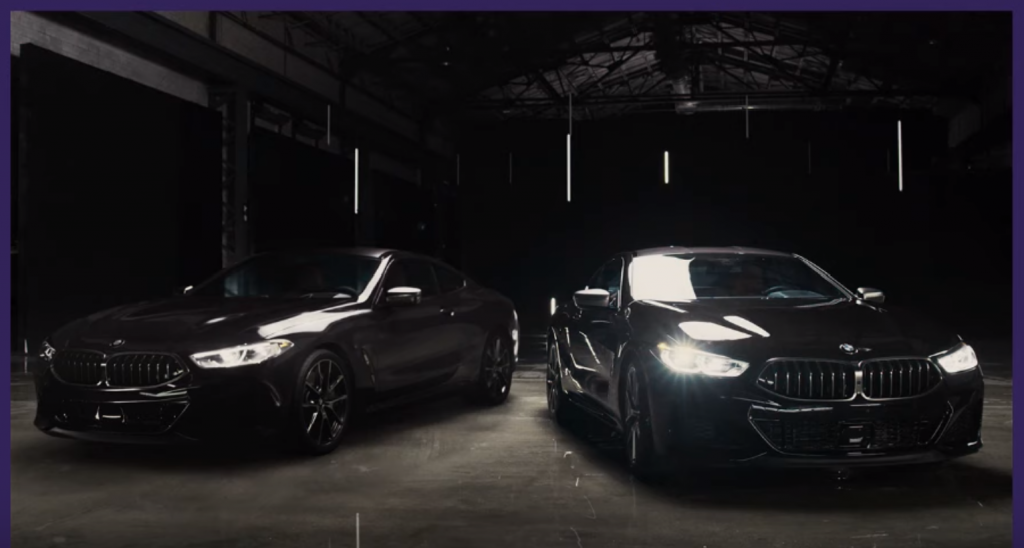 CG car using raytracing versus a real car: Which is which? (Compliments of the Unity demo.) 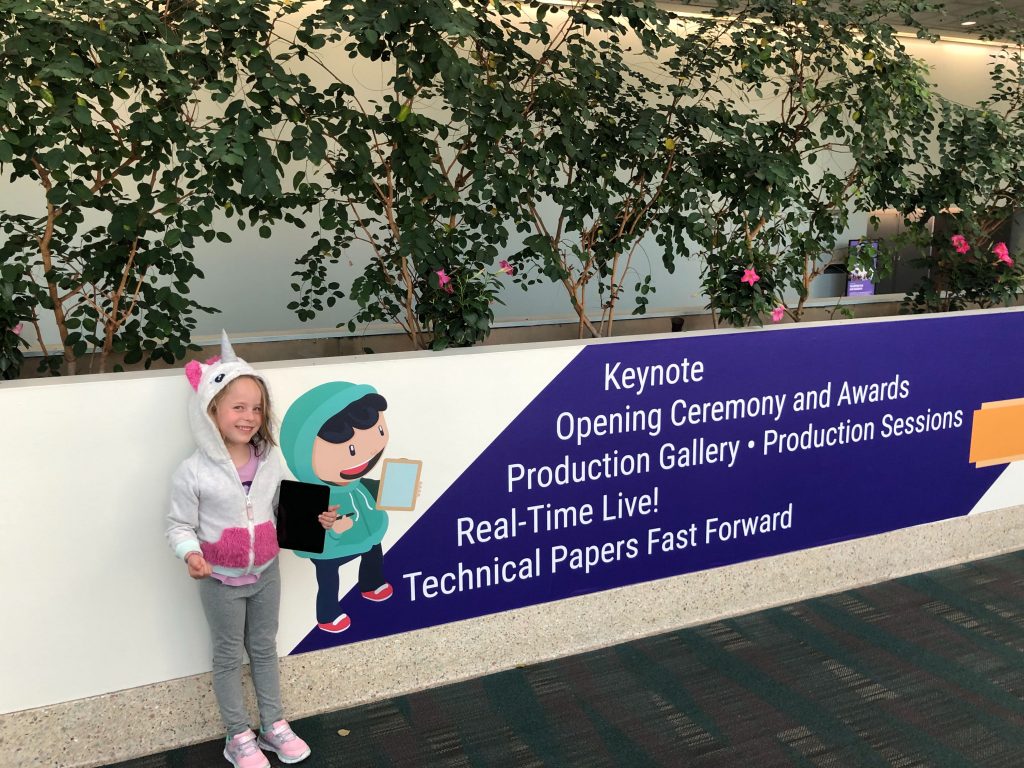 My daughter imitating the SIGGRAPH mascot, which happened to be a little kid in a sweatshirt. Here she is spoofing the sign pointing everyone to Real-Time Live! right before our tech check.

Kudos to the RTL planning team. This has become the highlight event of SIGGRAPH—one of the most well attended events that continues to grow, with teams on all sorts of crazy VR hardware, mobile, and cameras live streaming, and it all works seamlessly.