As a parent, it’s tough to achieve the right balance between making kids aware of the dangers of the world and scaring the living daylights out of them. When it comes to technology, this has direct implications. You want kids to be excited and curious about technology. You want them to explore programming and 3D printing and robotics and software without any fear of breaking things. At the same time, there are some real (and highly nuanced) dangers out there that are very, very difficult to explain while maintaining the delicate balance between deliberate awareness and irrational fear.

One issue most recently came up with my daughter. Like most kids, she enjoys phones, including taking pictures of herself and our family. Like most kids, she can unknowingly capture things she shouldn’t. So when my daughter’s photo shoot with her sister spilled over into the bathtub, my wife and I racked our brains on how to approach the topic.

Internet safety is confusing for a child. You’re sympathizing with the child’s harmless intentions. You’re dealing with hidden “bad guys.” And you’re talking about a topic that, let’s face it, most people OVER the age of 6 don’t even get—the Internet and how it works. (A series of tubes, anyone?)

How do you explain that every device is hack-able? That any photo or video or message you take on your own phone that you think is private might someday not be, due to a hack, leak, or breach, by someone you’ve never heard of?

…”Wait a minute,” I thought, “that kinda sounds like Watch Dogs!”

Watch Dogs, by Ubisoft, takes place in an digitally-recreated city of Chicago, including famous buildings and recognizable landmarks like Millennium Park. 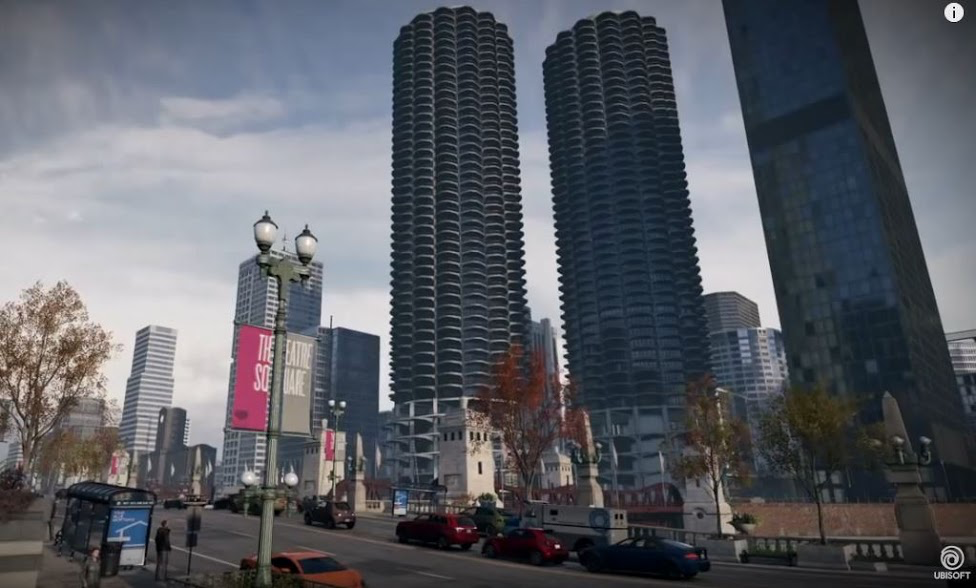 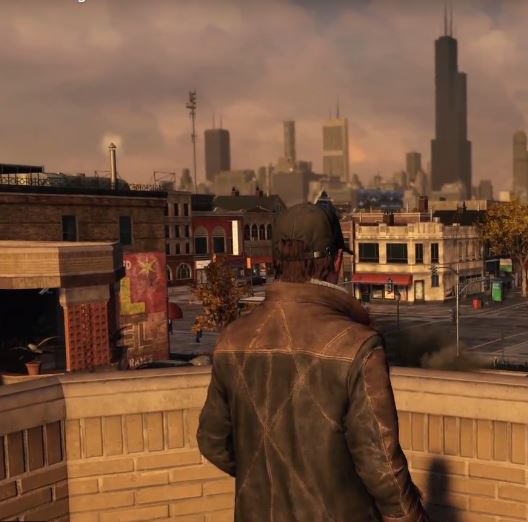 It’s an open-world game similar to Grand Theft Auto and Red Dead Redemption. In the game, you play as a hacker and by hacking, can access basically anything on any nearby device. You can read the text messages off a passerby’s phone, or see their bank balance. You can hack the feed of any security camera or webcam in the world. This happens remotely, and you also view potential victims as you walk around Chicago. The game mechanics are well-done—especially how the developers make the act of hacking intuitive and simple while not insulting people who know how technology actually works.

My daughter and I explored this world and went on several hacking missions (I played them myself beforehand to confirm we weren’t in for any M-rated surprises).

My intention was to show that just like how YOU can do this kind of hacking in a game, a bad person can also do this in the real world. Someone you don’t like can hack a phone’s photos, or a webcam, or a computer in real life. The game illustrated clearly for her how technologies are connected, how devices that we think are secure or private are hack-able, and how a hostile person could gain access to these devices—remotely and easily.

She totally got it, as evidenced by the poignant questions she raised, after we played, about the various devices in our house. “What about the camera we have over the baby’s crib?” she asked. Using Watch Dogs allowed me to introduce her to discernment. Would she be upset if a hacker saw a naked picture? Or if someone threatened to show her friends or teachers an embarrassing video? What do we care about people we know, or don’t know, seeing or not seeing?

Watch Dogs demonstrated in a meaningful way why it’s so important to be careful when we use technology and why we can never assume that what we record is only visible to us. This dialogue was possible because of the believable, not-too-scary framework that Watch Dogs provided.

Custom 3D Printed Baby Gate Molding Adapters or Why 1 Billion Dollars Can’t Buy You Everything, Unless...

Behind the Scenes of SIGGRAPH Real-Time Live! 2019