The Pig in the Box - Sam Glassenberg

The Pig in the Box

When Level Ex decides to unleash a squad of veteran video game developers on a new medical specialty (pulmonology, cardiology, gastroenterology), they need to ramp up quickly on the new domain.

How do you broadly expose a team of game developers on a new medical specialty as quickly as possible?

One highly-effective method: send them to the specialty society’s annual conference.

Exploring an expo floor for just a few hours allows us to get the lay of the land in that specialty, try out the latest medical devices, and chat with future players. We get a great picture of where the challenges lie and what areas doctors are the most excited about. Conveniently for Level Ex, they hold a lot of these annual conferences at McCormick Place in Chicago. A huge number of major medical societies are based in the Chicago area. It’s home.

How would you best introduce a Muggle to the video games industry? You’d bring them to GDC, of course. Same idea. In fact, that’s how I framed this whole story when I told it at an audience of video games graphics developers at the I3D conference in Montreal.

This is the type of story graphics engineers appreciate the most—you’ll see why in a second.

We sent a group of Level-Ex game developers to Digestive Disease Week (the major US Gastroenterology conference) about a year ago. To give you a sense of scale, we’re talking about 14,000 attendees from 130 countries and 385 exhibitors. Like I said, amazing learning and business opportunity. 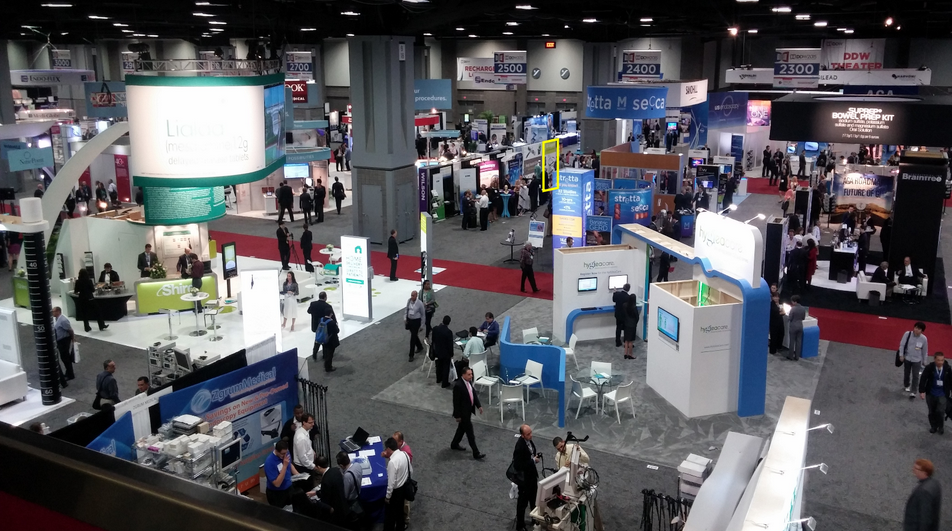 One of our development leads at Level Ex, Andy, wanted to learn about the Argon Plasma Coagulator—a cool device we had been told we needed to include in our upcoming game. It’s basically a lightning gun that shoots hot plasma to seal wounds. Imagine the plasma rifle from your favorite first-person shooter, except it’s tiny. And it’s real. Andy found the booth of the one of the manufacturers. 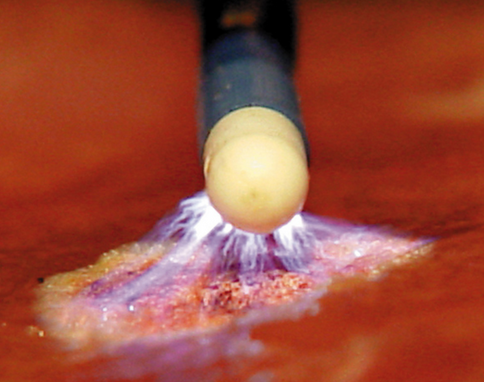 The argon-plasma coagulator in action

What was even cooler than the device was the simulator they were using for the demo.

Our team has seen the cutting-edge in digital simulation time and time again, and we’ve never been impressed—it always looks like a crappy video game circa 1991: 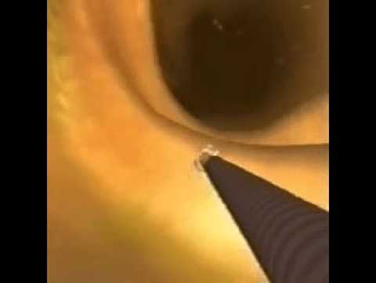 What Andy saw in this booth was a totally different story.

The demo simulator looked like an Xbox. It was a plastic box, with a hole where the sales rep could insert an actual GI scope as the controller.

On the screen attached to the box, the simulation was projected. 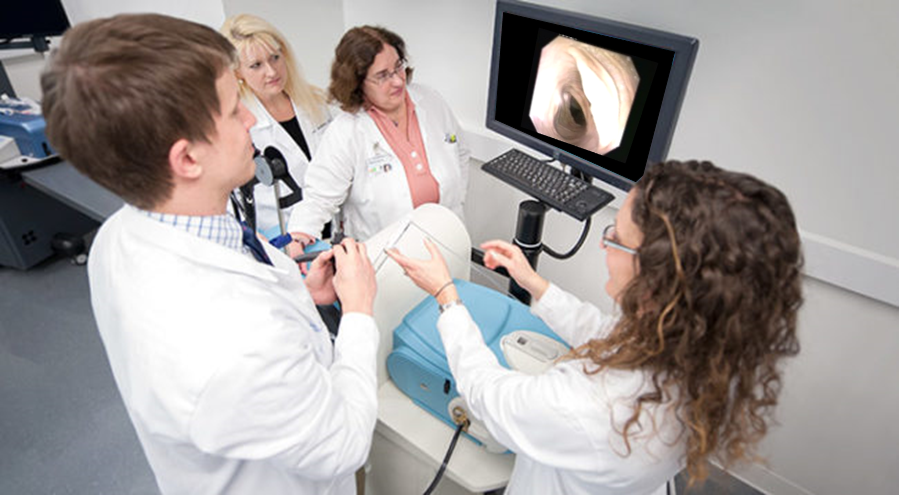 There weren’t any fluids or blood or anything. But the virtual tissue looked incredible! It was squishy. When it was burned by the plasma, the smoke looked like a AAA video game—the puffs of smoke particles spun with vorticity, just like the real thing.

Andy was dumbfounded. He immediately fired off a barrage of questions about the simulator.

“Holy crap! What is this built on? What engine?! Unreal? Unity?!”

But alas, this guy was just a sales rep. He had no idea how it worked. So the sales rep called over one of the engineers who had worked on the device (the device, not the simulator). Andy’s barrage continued:

“Is it OpenGL? DirectX? PBR lighting model?! Who wrote the shaders?!”

The two of them talked for a few minutes, the engineer’s confusion increasing as they went, until finally it peaked, and the engineer asked:

Now it was Andy’s turn to be confused. “What are you talking about?” he asked.

“It’s a pig in the box. Before the show, we take a slaughtered pig, cut out its intestines, and we sew it into the inside of this plastic box.”

Andy was speechless. The engineer continued. “It’s only good for 2 days, though, because on the third day, it starts to smell.” 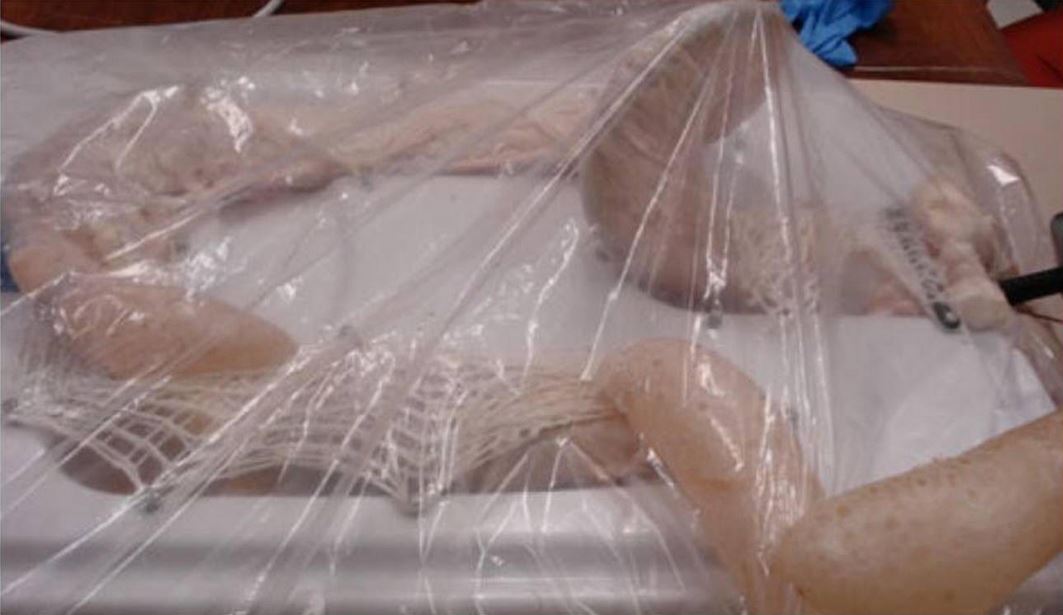 We’ve collected a number of these stories at Level Ex, and they all follow the same arc:

1) First, we realize how far behind the state-of-the-art is in medical training/certification. We have a good laugh: “Haha! I can’t believe it’s a pig in the box!”

2) Second, that laughter quickly subsides and is replaced by a quiet pause. Because that’s the moment when we realize that the archaic solution can’t actually work: this is an Argon Plasma Coagulator. You use it to stop bleeds. Dangerous bleeds. Bleeds that are happening two meters inside the body.

Remember when I said there weren’t any fluids in the simulator? That’s because dead pig intestines don’t bleed. You can’t learn how to control a bleed with this thing.

3) The pause has gone on for a few seconds now, and on the third step of the arc we are overcome by a feeling of dread. Because that’s the moment when we realize…

The first time a doctor ever uses this to seal an actual bleed, it’s going to be inside a live human being.

That’s the moment when we recognize how important the work is that we do here at Level Ex. The longer it takes us to launch the APC in Gastro Ex, the more doctors are encountering their first difficult, terrifying bleed on a live human being. 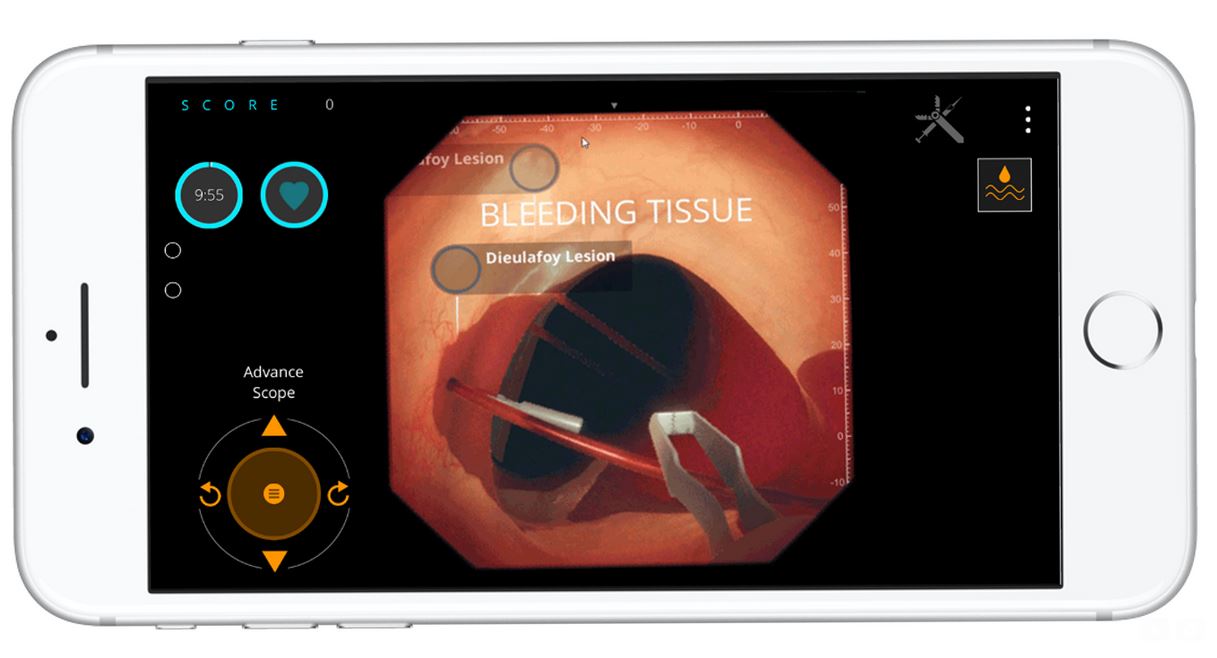 These are technical problems solved by the games industry years or decades ago.

At Level Ex, we are constantly discovering the outdated modalities that are used today for physician training, for certification, for learning about new products. Metaphorically speaking—we find a whole lot of pigs in boxes.

The Sales Rep in the Dark Hallway

Custom 3D Printed Baby Gate Molding Adapters or Why 1 Billion Dollars Can’t Buy You Everything, Unless...