We recently installed a 30-panel solar array on our roof.
It was a long research process that was totally worth it, both financially and environmentally. Since then, I’ve had a number of friends ask me about how we did it.

Here are some key lessons we learned that can hopefully help you start getting your electric meter to run backwards!

Our meter is running backwards.

1) Use a full-service contractor.

Getting ROI on solar involves net-metering contracts with utilities, permits, government subsidies, carbon credits, etc. It’s a pain. You want someone who is aware of all these opportunities, and – most importantly – is on a first-name basis with the government bureaucrat who is issuing all those permits and grants.

We went with Solar Service, after evaluating half a dozen competitors. Several friends in the area have used them as well. Solar Service has my vote. I recommend speaking with Joe Gordon at (847) 647-9312

2) Get multiple solar contractors to compete.

Competition drives prices down. There are guaranteed to be several contractors in your area. Search for local solar “bulk buy” opportunities to drive down prices further (typically run by municipalities and managed by specific contractors) – but don’t hesitate to call contractors to see if they’ll match bulk-buy prices.

Vet all contractors through Angie’s list, Yelp, and others.

Insist on transparent pricing. At the end of the day, what matters most is Price per Watt – that is the commodity you are buying.

3) Get past the salespeople.

Solar contractors have several layers of salespeople with varying levels of incompetence.

I encountered salespeople who knew far less about solar energy than I did (not at Solar Service, but elsewhere).

Sales Guy: “You don’t want one of those Chinese-made solar panels. Canadian Solar are made in Canada and they are much higher quality!”

Me: “But here it says that ‘Canadian Solar’ panels are also made in China.” 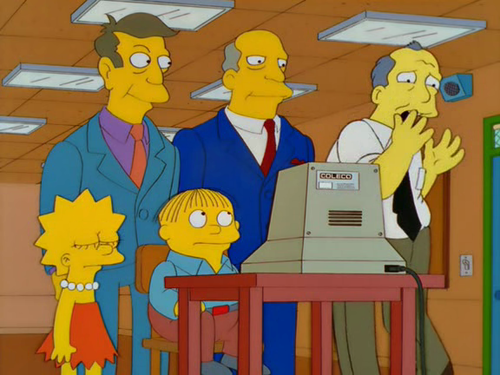 Behind the salespeople are engineers. These are the people that do the project planning. You want to be talking exclusively to them.

4) Pick the equipment you want.

I really wanted a system that would offer some level of power security if the grid failed. For decades, this has required a battery-backup system: expensive and dangerous (two words: “off gassing”).

I discovered that there is a new generation of inverters out there that will power a set of electrical outlets if the grid is down and the panels are lit up. Perfect! Now – if the power goes out, my freezer keeps running during the hottest daylight hours,  my phone and laptop are charged, and if there’s flooding I can run my sump.

Maybe you want panels that will also heat your water? Or micro-inverters?

5) Do the math yourself.

Squeezing every last watt out of your roof may be expensive – the most efficient panels are at the tip of the cost curve. Do the math – it might be worth putting less-efficient, cheaper panels on an East or West-facing roof than cramming the fanciest panels into the prime south-facing real estate.

Find whatever subsidies you can find. State rebates. Federal deductions.

There are also SREC (carbon credit) markets that will let you pre-sell your carbon credits before you start the project. In other words, you can say “Unless I get $8,000 for my carbon credits, I’m not doing the project” – and then see how you fare in the local market. Your contractor can point you to local SREC markets and providers. If he/she can’t – find a new contractor.

Accidentally Discovering Computer Graphics … in a Galaxy Far Far Away.