Predictions from the Past - Sam Glassenberg

The Israeli Video Games Industry, Then and Now

I recently came back from GameIS 2013: the annual Israeli Video Games Industry conference, where I participated in an awesome panel with Jesse Sutton, Patrick Pligersdorffer, and Guy Ben Dov on managing game studios. The conference reminded me that 5 years prior, in 2008, I had keynoted the GameIS conference and in doing so, made several predictions for the future of the Israeli video games industry. Figuring 5 years was a good milestone, I decided to pull up the old keynote to see how far off the mark I was on my predictions. Funtactix is a completely different company now than it was in 2008, and I was curious if the rest of the industry underwent this degree of positive change.

Funtactix is a proud member of the Israeli Video Games Industry. Although almost half of our employees are in our US offices these days, the company has strong roots in Israel. The company was started in Israel by Israeli founders.
I actually moved to Israel 5 years ago when I first joined Funtactix, and stayed there for a year and a half until I opened our first office in the states.

When I joined, the Israeli Games Industry was in its infancy. Having an exec from a major US game company move to Israel to join the local industry was a really big deal back then. So much so that they asked me to keynote the annual Israeli games conference. My instructions were to inspire the audience about the potential of an Israeli games industry.

Most of it was about lessons learned in my career, as well as notions of how important a strong games industry would be for Israel. 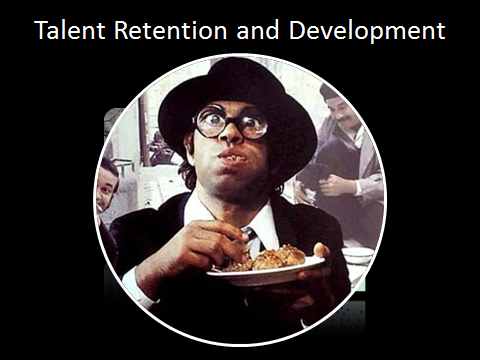 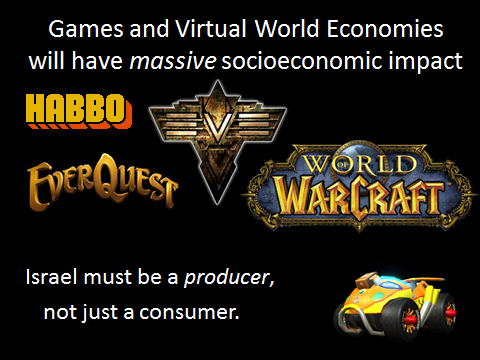 I challenged the audience to consider what they would say in their talk at an Israeli GDC in 2013, following their success in the coming half-decade…

I painted a picture of a Game Developer’s Conference in Israel in 2013, with multiple tracks and a thousand attendees, including high-level representatives from abroad: 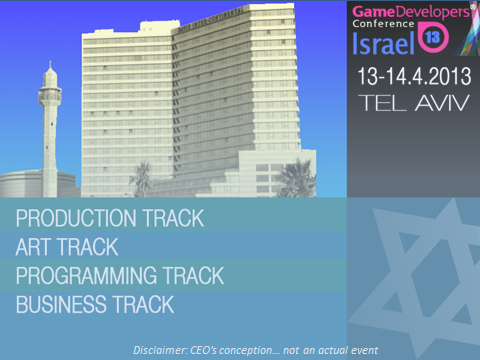 I wasn’t too far off on this one.

GameIS 2013 had multiple tracks and roughly 700 attendees – many of whom were from abroad (including 3 participants on my panel). Israel has established itself as a world-leader in several categories – with top games on Facebook, a top-20 publisher on iOS, an award-winning movie-based game studio, and even some inroads on console. Thus, Israeli conferences now attract senior attendees from companies like Microsoft, Facebook, Unity, and others.

The conference wasn’t hosted by CMP (which I implied in the logo treatment), and it wasn’t held at the David Intercontinental (shown above), but was at a similarly-sized venue in Ramat Gan. A major international game conference network is working on setting up an event in Israel (TBD), so this element of the prediction may still come true in the next year or so.

The “collage slide” below combined the top gaming companies in Israel at the time, with what were their most likely acquirers: 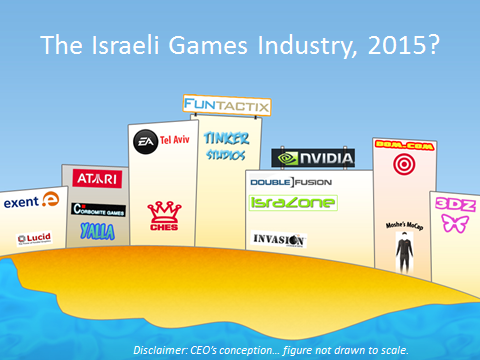 Many of these companies are still around today. Several are gone, but a new generation of even more successful companies has followed.

As for the ecosystem itself, most of these were on-point: